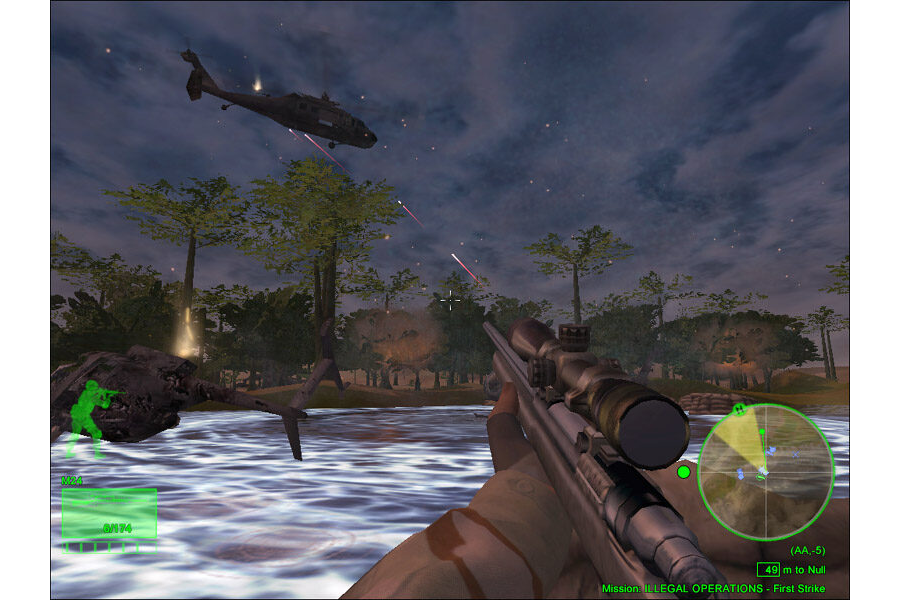 Extract all files to your game folder. There is a Mission Brief Readme file. Full Mission briefing at bottom of page.

--To get the Wac file working-

If you have not added the "space/d" to your "Target Line" in your desktop shortcut, you need to do so.

Right click on your desktop shortcut for BHDTS, scroll down and left click on "Properties". This will display the window you see below. At the end of the "Target" line, type the "space/d", then click on ok.

When you start the map the Wac file will activate. 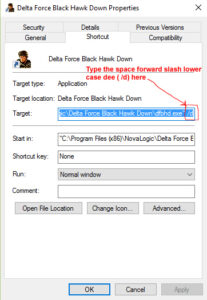 SITUATION :
The Asian Pacific region has a flourishing drug and weapons trade and home to many Crime Syndicate. Sitting at the top is the "Taipan Cartel".
Taipan are a well organized affiliation of Gangsters with a network that spans half the globe. The Taipan Army are all ex-military from various
countries around the world. They are feared throughout Asia Pacific for their brutality and hatred of anyone not them.

MISSION :
Commander, you and three team members will be taken by truck to our Jardine River Base. Two other Team Members will arrive by boat.
Three Little Birds will fly the Team downstream to an LZ just outside Taipan Cartel Occupied Territories. If needed secure LZ before you leave.
You will have to fight your way through a guarded and heavily patrolled region before arriving at Taipan's Weapons Warehouse.
Stay amongst the Vegetation for cover from surveillance Helos, satellite and the harsh Australian sun. All around you is desert for 100's of Kms.

EXECUTION :
Commanders Intent: Destroy two Communication Rooms on upper level of Weapons Warehouse. Eliminate any inhabitants with extreme prejudice.
When the Communication Rooms are destroyed a Target Designator will deploy. The Team will move to a safe zone and watch the Fireworks.

GENERAL INFO :
Follow the user waypoint to navigate the map.
Map helps navigate you with text and dialog.
Map reminds you to Save and to Re-group.
There are Arming and Healing Shelters on the map.
You get to control you Teammates for one of the major encounters.
When Comm Rooms are destroyed a Target Designator is deployed over Warehouse.
Once you exit the Warehouse and re-group with Teammates, the bombardment and Nuke Strike Begins.
All files stay together neatly in your game folder.
Single Player map only.

No one is online right now