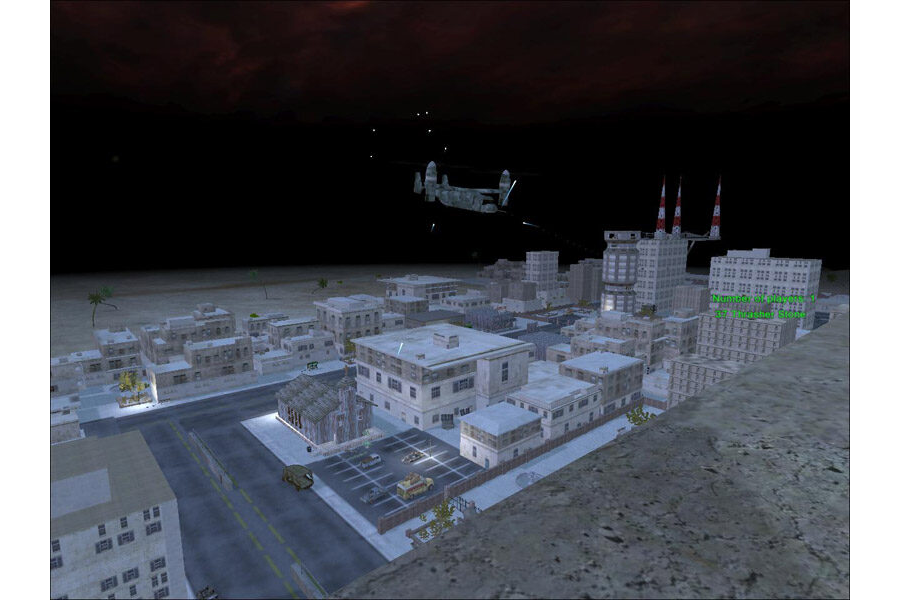 This map will demonstrate the mod itself. This coop map takes place in an urban setting (You can go inside buildings and towers). You and your teammates will spawn at the docks. Infil by boat and head into the city. The city is crawling with enemy troops, tanks, and technicals.

Complete objectives as you progress through the map. Destroy the broadcast tower then exfil by Black Hawk. It is very important to complete all the objectives (red squares) before getting on the Black Hawk! If you are more of a single player kind of person, host lan and play solo!

This map is tough alone but it is beatable. Or you can team up with your buddys and take on the city!

No one is online right now